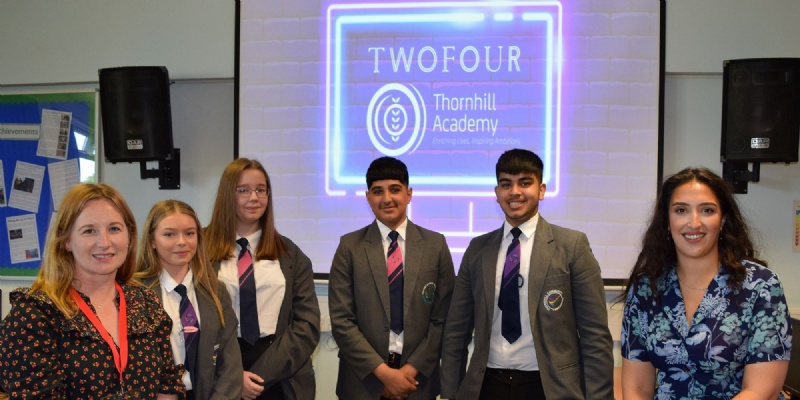 Year 9 students were able to discover the wide range of career opportunities that exist within the television industry when they were given a presentation by Grace Reynolds (Executive Producer) and Martha Pothen (Development Researcher) from the television production company Twofour.

Twofour is the company who made the television series Educating Yorkshire which was filmed at the Academy in 2013.  Grace had worked on the programme at the time and began the presentation by showing students the trailer and a video clip from the show.

During the presentation students were able to gain insight of the television industry by developing their understanding of the wide range of broadcasters and subscription service providers in the United Kingdom. They were also able to learn how production companies, such as Twofour, create and supply programmes to these broadcasters and the various job roles that are involved in making them.

The presentation explored how programmes are designed and created and gave students a behind the scenes tour of the television industry where they were able to gain understanding of the many different skills that are required to create a television programme.

Opportunities to work locally in the television industry in Leeds and Salford were identified. Various entry routes into television careers were discussed including apprenticeships, work experience and internships.

Grace advised the students considering a career in media that they should “be friendly, be determined and look for opportunities.”

The event was organised by Mrs Sinclair, Careers Leader at the Academy who told us: “I'm so pleased we were able to host Twofour Productions who gave our students access to some interesting and valuable Careers information.  It is our aim at the Academy to offer students experiences within different industrial sectors so as to broaden their horizons as far as possible.”