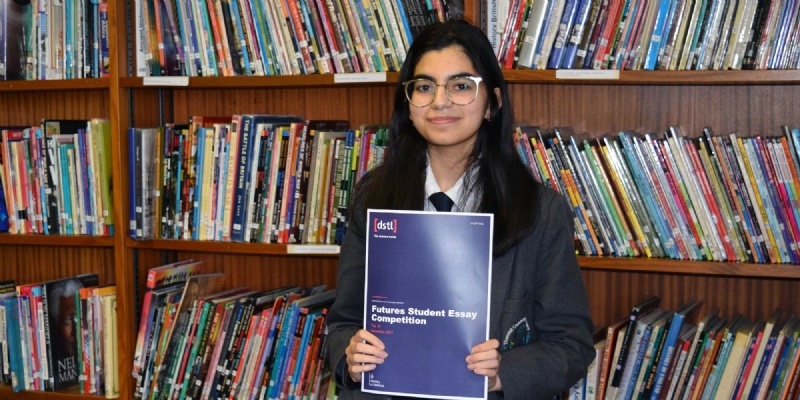 Back in 2021, the UK Government launched a competition to uncover visions of the future from the brightest student minds in the UK.

Led by the Defence Science and Technology Laboratory (Dstl) department, the competition asked UK students the question: what do you believe to be the future threats or opportunities facing UK defence and security over the next 25 years?

Despite the competition being aimed at undergraduate and postgraduate students, Khadijah Akuji (Year 11) submitted an entry and was declared an honorary winner, alongside the top ten entries from across the country.

Programme Adviser and competition organiser Cayleigh Galloway told us: “The judges were so impressed with Khadijah’s entry that she was awarded a coin and her work will be included in the final journal.”

Khadijah's article is titled Societal Reactions of Emerging Technology and now features in the Futures Student Essay Competition publication (page 75) which can be viewed here.

The news story from the UK Government can be found here.

This is a fantastic achievement and is testament to Khadijah's academic curiosity.