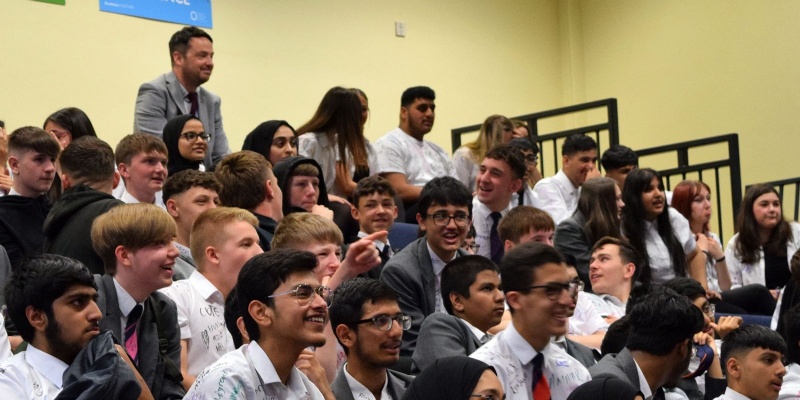 The end of the May half term saw the final day that our Year 11 students would be in school as a full year group and a special leavers’ assembly was held to mark their departure.

During the assembly we were able to celebrate the past five years that our students have spent with us at the Academy and recognise their achievements and successes.

Mr Stephenson, student manager, led the assembly and gave a photo presentation which highlighted several events that students had taken part in during their time at the Academy.

The Academy Head Boy (Amaan Sayed) and Head Girl (Sumayyah Adam) delivered messages to their peers reminding them of their time at Thornhill.

Headteacher, Mr Burton, spoke to the students of how they had now grown into mature young adults.  He also wished them well for the future as they prepare for further education in September.

Farewells and shirt signing which concluded the morning’s event then took place before students made their departure from the Academy.

We wish all of our leavers every success in the future and remind them that exam results will be available on Thursday 25th August.  We will let students know the arrangements for obtaining these in due course.